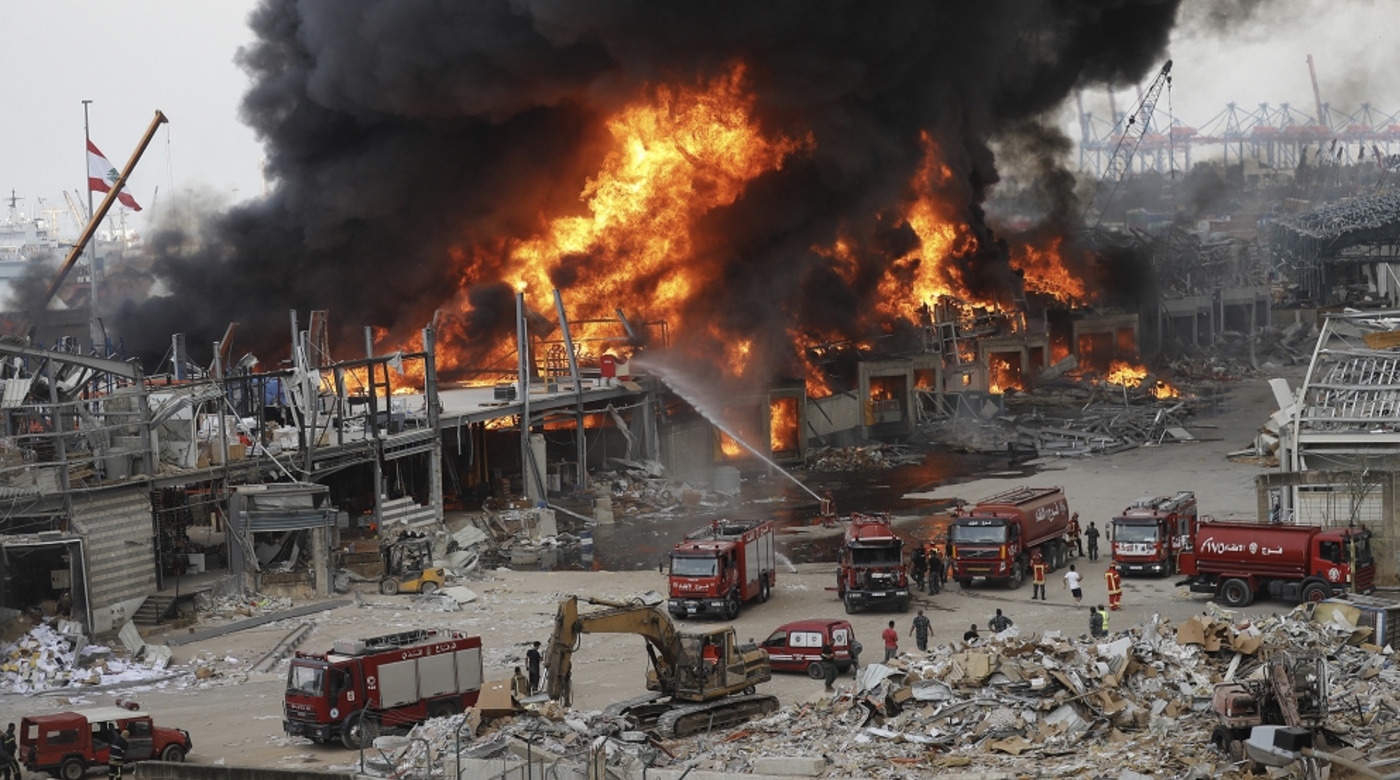 Unless you’ve been living under a rock, you’ve heard the shocking things 2020 has been throwing at us so far; a pandemic, explosions, wildfires, the list goes on.

A while back, I had written an article about the Beirut explosion that happened on August 4, when a fire triggered the detonation of 2,750 tons of ammonium nitrate that had been stored unsafely in the middle of the capital city. Since then, three different blazes were put out in the same area by the brave firefighters who risked their lives. Two of those were two days apart and at the same exact site as the enormous explosion, at the port of Beirut, where more than 200 people were killed. Some started fleeing the area, others started reliving the trauma of the August 4 events, thinking another explosion was about to happen.

The third fire erupted six weeks after the August disaster, in a landmark building in downtown Beirut’s commercial district, by the renowned British-Iraqi architect, Zaha Hadid. The oval-shaped building had been under construction for years.

The causes of the fires are still unclear and thankfully no injuries were reported from these incidents, but they sure raised panic among residents.

Without forgetting the hellish wildfires the country faced back in October 2019. More than 100 blazes erupted from north to south, forcing many families to flee their homes. It was described as the worst forest fires to have hit Lebanon in decades. This inferno was aided by strong winds and high temperatures. Three Sikorsky S-70 model helicopters were donated to the Lebanese state in 2009, taking part in firefighting missions for several years before falling into disrepair. They have remained non-operational for at least five years due to the failure of successive governments to fund their maintenance. Lebanese officials then sought international assistance from Cyprus, Greece and Jordan to tackle the fires.

That brings me to the ongoing wildfires in western United States. The timing of the wildfires, coupled with the Covid-19 pandemic have created another unique disaster in California, Oregon and Washington states. California is experiencing the largest blaze in state history, In Oregon more than 40,000 people had to evacuate. At least 35 people have been killed in these fires. I can’t begin to imagine what the firefighters are facing.

Whether it’s caused by strong winds, climate change or gender-reveal parties, I was curious to know how these big fires are extinguished. My research led to finding out that water and carbon dioxide are the two elements used to put out such fires. There’s also another way: in 2015, two engineering students, Viet Tran and Seth Robertson, have developed an unusual fire extinguisher that extinguishes fire through sound bass for their senior project at George Mason University. Their creation was initially invented to put out small kitchen fires. Today, the duo is working to license their invention with the goal to fight large wildfires.

Unlike the classic chemical extinguisher, this invention offers the cleanest method to put out flames.

This idea is not new at all; the US Defense Advanced Research Projects Agency (DARPA) has tested it before, however the two students have turned the principle into a practical device, by adding vortex rings which move particles in circles around a center core to carry sound waves over longer distances without losing mass or kinetic energy.

How does it work?

The sonic fire extinguisher works by using sound waves — a type of pressure wave — that can be used to disrupt the air surrounding a fire, cutting off supply of oxygen to the fuel. These actions break the fire combustion triangle made up of heat, fuel and oxygen, the three elements required for a fire to burn. The sonic fire extinguisher works by blasting loud and deep bass sounds. Sound waves have the potential to control oxygen and burning material. If these two separate, the fire is put out. The innovative gadget designed by the students focuses the sound waves in a specific direction instead of spreading them. The fire extinguisher consists of an amplifier and a cardboard collimator to focus on the sound. It should be set on low frequency bass sounds between 30 and 60 Hz, without relying on water or chemicals.

One of the students, Viet Tran, said that he’d like to eventually see this invention applied to swarm robotics, where the gadget would be attached to a drone used to put out forest fires or building fires without sacrificing human life.

In closing, I hope this innovation gets the chance to be further developed in the near future, without sacrificing any more human life. And I do wish the wildfires in the US rapidly changes as well as the general situation in Lebanon improves.