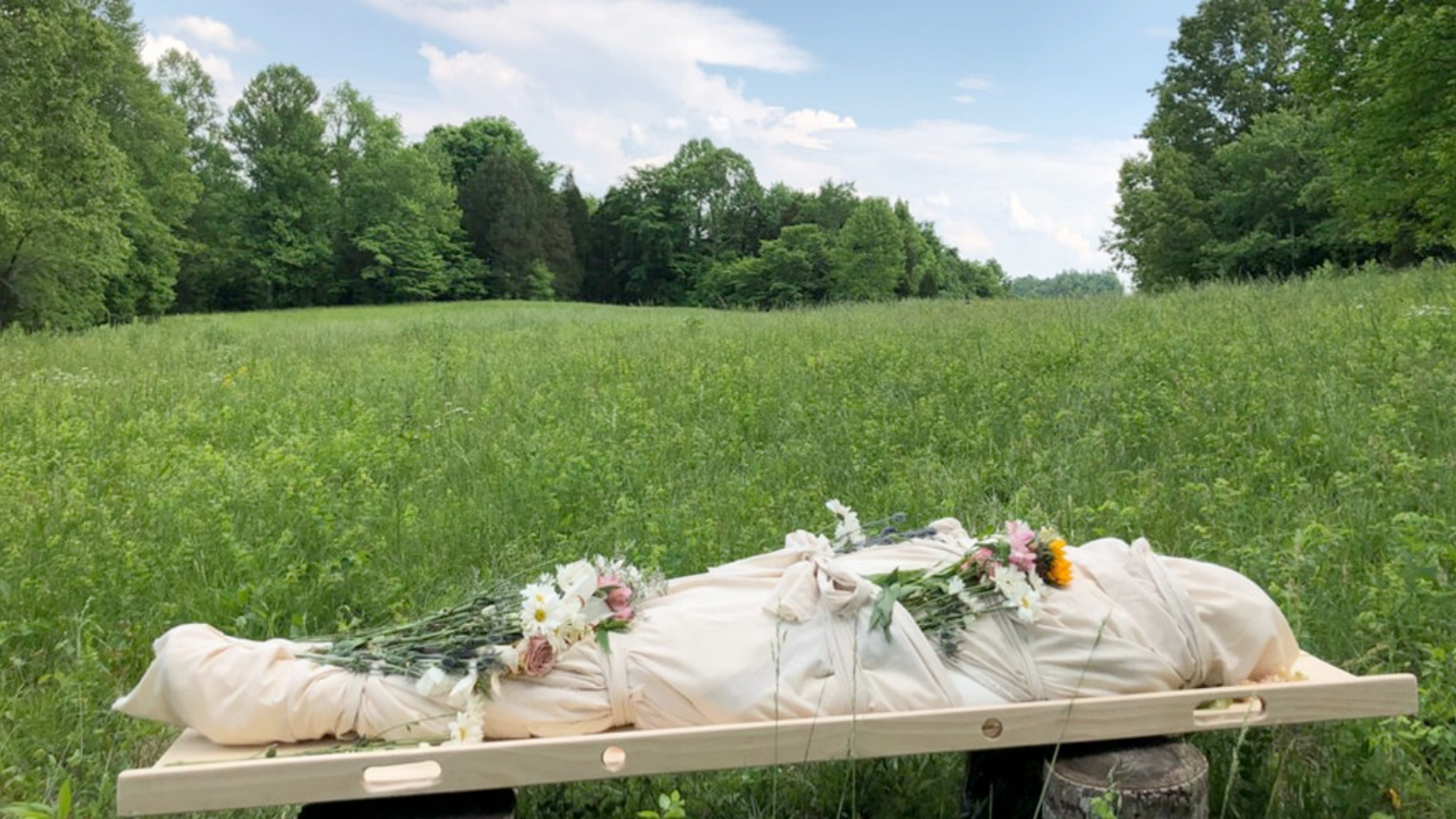 THE TOLL OF DEATH

You’re probably too busy living to think about your funeral. It’s not an entertaining topic of conversation during a (socially distanced) get together, and if you don’t have to think about it, why should you? As the earth’s population grows — perhaps we should at least talk about the environmental toll death takes, and how funerals could (or have to) take shape in the future.

If you’ve ever had a conversation about your own future funeral, chances are, you hypothetically decided to have a burial or cremation. While there are many (visionary) concepts to decompose a dead body, they haven’t beaten the two post popular options for funerals.

What about alkaline hydrolysis, where the body is placed in a pressure vessel filled with lye, broken down to its chemical components or freeze-drying, a method where the body is basically turned into astronaut food. The list of new ideas is longer than you might think. Not all of the options are legal yet, and some sound like they’re straight out of an episode of Dexter. However, it does show that science is working on other ways to clean up a corpse, the most important reason being the environment and quality of the earth’s soil and air. Burials are polluting the soil, cremations are polluting the air — two components that are quite important to the living. On top of that, studies have shown that the embalmed corpses and its decomposition process during burials carry hazardous substances, polluting drinking water in towns that are situated near cemeteries.

Not all burials are equally bad for the soil: a more eco-friendly way is natural burial where the body is buried without a casket, embalming fluids or clothing. Because traditionally, it is not just a corpse going six feet underground: it is accompanied by varnished wood, embalming fluids, clothing, chemical make-up and jewelry. According to Mark Harris, founder of Green Meadow National Burial Ground, there is enough metal in the ground of the United States to rebuild the Golden Gate Bridge. Instead of a peaceful spot for the dead, it has become a dump of non-degradable materials. A ‘naked burial’ as it is often called, is at least a way of giving back to nature, instead of keeping it out.

No, it is not the name of a horror movie. It’s Dutch design. Students of the Technical University of Delft (TU) have designed The Living Cocoon: a casket filled with mycelium, a living organism that breaks down a corpse, transforming it into breeding ground for nature. This type of fungus searches for any waste in the ground and turns it into fertile soil for nature. The casket is made by startup Loop in collaboration with funeral cooperations Cuvo (The Hague) and De Laatste Eer (Delft).

The human body is actually filled with valuable nutrition — burning them through cremation or burying them in a metal box would be a waste, according to Loop. The first person has already been buried in a Living Cocoon. Bob Hendrikx, founder of the start-up, predicts that this green casket will decompose a body within two to three years. A traditional burial in The Netherlands takes about ten years to decompose a body. The casket and accompanied chemicals take even longer, and some parts will stay in the ground forever. Loop hopes to contribute to a cleaner planet and turning human waste into compost, because a dead body is still a valuable one.

Burials and cremations keep their top ranks of most popular ways to decompose a body. In many countries, cultures and tribes a green(er) funeral is not an option, as a ceremonial burial or cremation are woven into tradition and/or religion. In Islamic culture, the body has to be buried within 24 hours. In Hindu culture, a corpse should be cremated in order to return to its source.

Issues such as reincarnation and going to the afterlife are difficult to combine with a more modern (and greener) concept. To break with a custom as old as civilization itself for the sake of the planet is at the very least a disrupting shift.

It’s not a sexy conversation, and it will probably never be. But just like the growing awareness of (plastic) waste, the environmental impact of flying and fast fashion, thinking about greener funerals is becoming more urgent. While there should still be plenty of room for grief, emotion and final goodbyes, I hope there will be some room for nature in future as well.