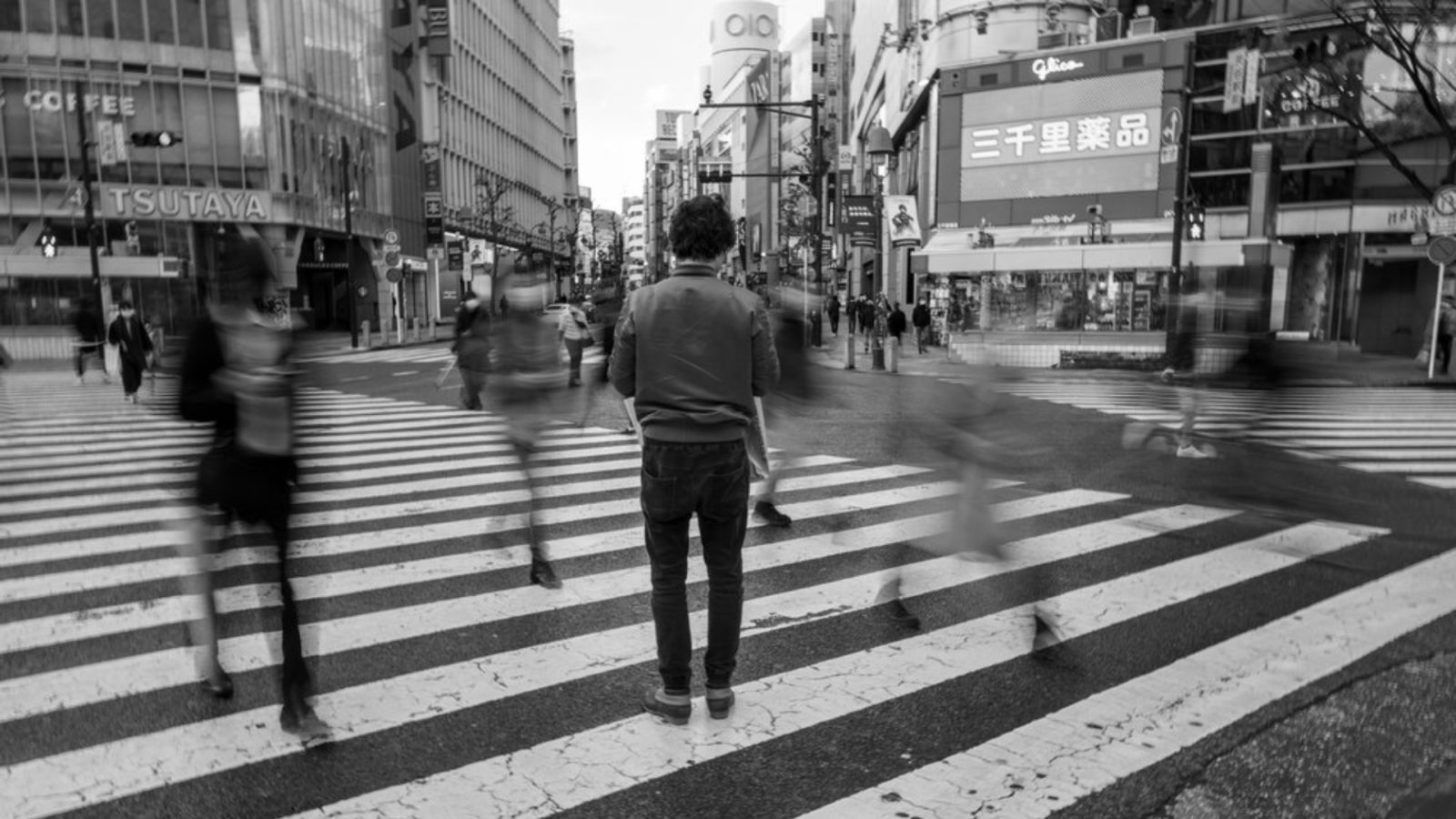 COVID19 PUSHES A RELUCTANT JAPAN TOWARDS THE FUTURE

Visitors often marvel at how the old and new so readily co-exist in Japan. The land of futuristic infrastructure, architectural marvels and robotic pets is also one where fax machines continue to be used and a personal seal is required for many transactions. While the rest of the industrialized world has hurtled towards digital transformation, especially China and the U.S., Japan has been on a cautious plod of uneven starts and stops towards a more digitally-enabled lifestyle and economy.

Japan has had its moments as technology innovator to the world — from Sony’s Walkman and Toyota’s Prius to the i-mode wireless services developed by DoCoMo and adopted by AT&T. Even today, there are standout companies like Kyoto’s Nintendo, able to capture the world’s imagination with its Switch console and imaginative Animal Crossing game, and Shiseido, a leader in skincare innovation.

Yet Japan’s aging population and a cultural tendency towards risk aversion have slowed the country’s ability to innovate in recent years and its willingness to adapt new technologies, from e-commerce and education to banking and government services. Japan’s median age of 48.4 years makes it the oldest in the world, according to the IMF. Not only is 28% of the Japanese population 65 or above, but this is the demographic that holds the country’s financial resources and political influence, so products and services are typically tailored for them. Companies and government agencies risk alienating this wealthy, older generation with confusing new practices at their peril.

Compounding this inertia is the country’s political and commercial leadership. Hierarchical and male-dominated, Japanese government offices and businesses continue to entrust decision-making to older men, the bulk of whose careers were long before the mysteries of cloud computing, Zoom conferences and 5G wireless. Lacking strong foundational understanding of such technologies, keeping pace with emerging technologies and what they can mean for society, businesses and economic competitiveness is likely more challenging and feels less urgent than for a younger, more diverse group of decision-makers.

Take payments as one example. While other nations have adopted digital payment technologies, Japan continues to be a highly cash-based economy. It’s not uncommon to carry 100,000 yen in cash into the post office to pay taxes. With media tales of scams that target the elderly, typically ending with the victim’s bank account swept clean, there has developed a distrust of digital financial transactions. In this context, adding personal information or passwords to a website sounds downright terrifying to some.

In education as well, Japan has lagged behind other industrialized countries in using technology, despite what is otherwise considered an exceptional system. According to the OECD’s PISA survey, Japan is a “laggard country”: 80% of Japanese students surveyed state that digital technology is not part of their classroom experience. Concerns about fairness and disadvantaging those students who may lack wi-fi access at home fuel hesitance, not to mention the high cost of equipping students with devices. In this challenging year of Covid-19, only 10% of public schools provided any form of online instruction to students after the country’s schools were closed in March. A mere 5% livestreamed classes over the Internet.

Yet, in challenge lies opportunity. The Covid-19 pandemic has forced a sudden acceleration in Japan’s shift towards digitization, including the adoption of new practices for remote work, online transactions and internet education. It took the arrival of American war ships in 1853 to compel Japan to open up to trade after 260 years of self-imposed isolation, leading to a great leap towards modernization and industrialization with the Meiji Restoration. Could the pandemic be a similar moment?

In the context of Covid19, administrative procedures and services that require physical contact are being reconsidered. In September, almost immediately upon becoming Prime Minister in the midst of Covid19, Suga proclaimed that hanko, the physical seals that are used for more than 10,000 types of administration procedures including signing contracts, business transactions and registering for social services, would finally be phased out. Suga has also encouraged educators to embrace distance learning, stating that such technology “should be taken full advantage of in the digital age.” Due to Covid19, online medical examinations have been deregulated and will become a permanent option.

When it comes to retail, while eCommerce was picking up pre-Covid (10% penetration), penetration lagged far behind other major economic including the US, the UK and China (nearly 40%). With 92% of the Japanese population living in urban centers chock full of retail outlets, online purchasing could easily be ignored. Add to this the pleasures of the Japanese retail service experience, especially for the older consumer with both time and money, and the leisurely pace towards eCommerce makes sense. Suddenly, with many stores shuttered due to Covid19, many consumers discovered the benefits of online shopping and overcame initial concern about digital payments. Retailers who had embraced digital retailing were able to carry on while stores were closed, while laggards suffered.

The sharing economy and subscription-based models have also taken off during the age of Covid. Though launched in Japan in 2016, it was Covid19 that made Uber Eats delivery scooters ubiquitous around Tokyo as people had to feed families three times a day while balancing work at home and seeking to minimize exposure through shopping and eating out. In addition, a plethora of new subscription-based delivery models have emerged, include housing, transportation, food and beverages. From high-end coffee selections to meal kits, cosmetics and apparel, people seek personalized, cost-effective alternatives that offer stimulation and experience when life is limited to a narrower perimeter.

Japanese office life has long been notorious for endless hours. In the most traditional corporate workplaces, one is not supposed to go home until after the boss has done so. Most employers have not only failed to see the benefits of allowing more flexible hours and remote working, but have actively resisted it, perceiving it as shorthand for slacking off.

Covid19 has been the external push to finally get employers onboard with concepts like video conferencing, remote working, flexible hours and work/life balance for both men and women. Lacking sufficient digitalization to support employees working from home, many companies had to quickly play catch-up — rapidly making the investments in the technology and training needed.

Forced to make the investments and to take the plunge into allowing employees to work remotely and more flexibly, decisions about how to move forward can now be based on experience, rather than fear of the unknown.

Within a highly-gendered society, the traditional Japanese family means father at the office and mother at home. Thanks to strict gender roles, long working hours and the frequency of short-term, distant work assignments, home is typically considered the domain of the wife and children.

Almost overnight, Covid19 sent both working fathers and school children home to share tight spaces forced to become ultra-multi-functional, accommodating work, study, eating, cleaning, sleeping, playing…. Many fathers had to find their place in the rhythm of daily family life. Mothers were burdened with the additional food preparation, cleaning and childcare that came from everyone at home. Working mothers had it even harder, having to add work from home to the pile of their duties. This was a moment when gender roles were open to renegotiation. Seeing up close the unpaid labor of motherhood, many fathers were compelled to pitch in with a greater share of housework and childcare, unwittingly discovering the joys and challenges of hands-on parenting (hopefully).

Though some amount of backsliding is inevitable as things return to a more normal rhythm, with greater acceptance of digitally-enabled remote working and the experience of sharing responsibilities outside of traditional gender norms, Covid19 undoubtedly gave a push towards more gender equality in the home.

Short-term response or seizing the opportunity?

Covid may serve as the push that Japan needs to accelerate digital transformation, making its companies, products/services and workers more competitive in a global marketplace, and potentially advancing gender equality. Has consensus about the benefits and necessity of digitization been achieved such that rapid implementation will continue, or will the drive for digitization diminish in the “new normal”? It is unclear. However, if it can capitalize on digital transformation in this time of tumult, Japan has the opportunity to bring something new to the world — strategies and methods that combine its unique culture of craftsmanship, executional excellence and unparalleled service with the best of technology.