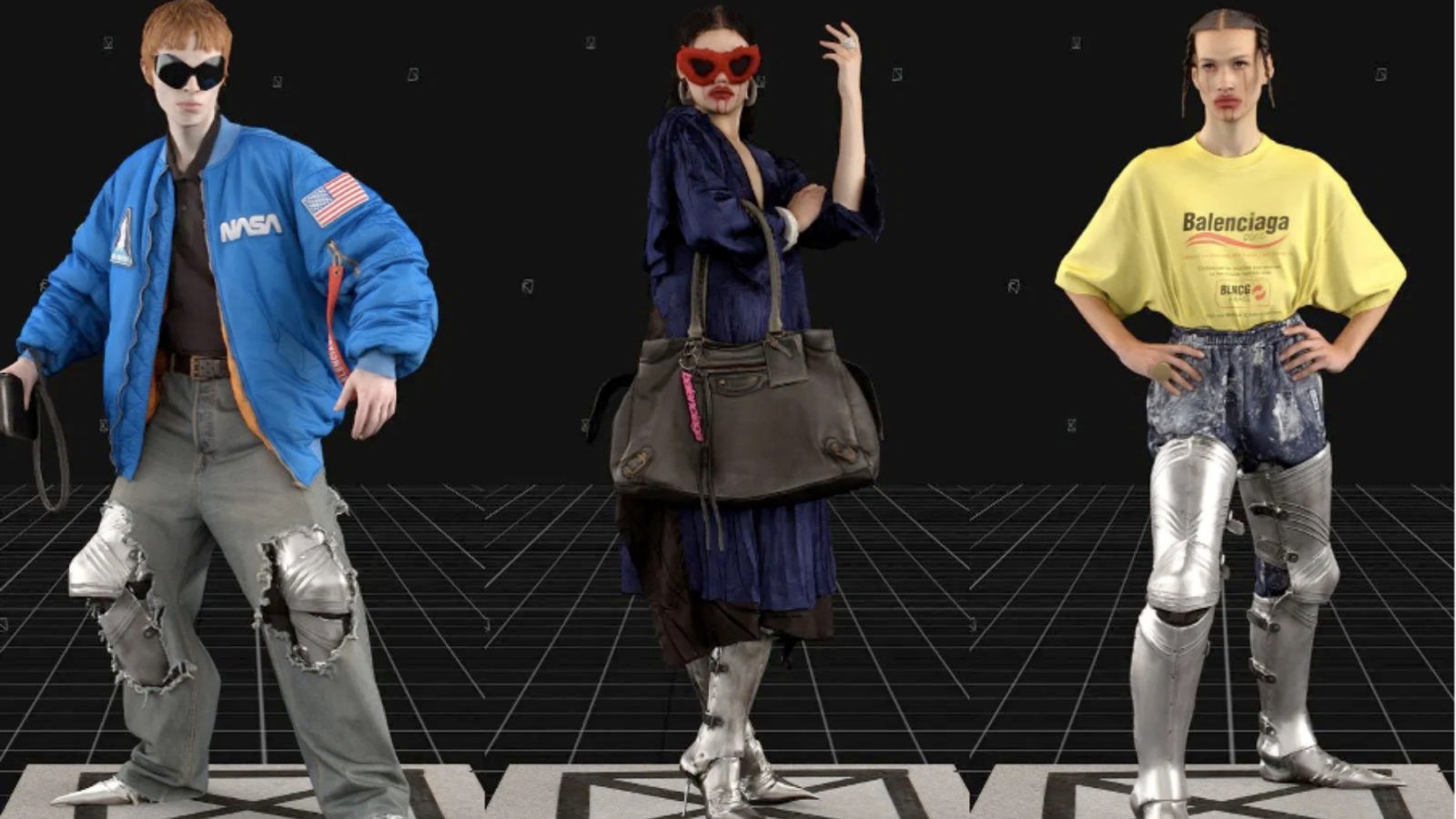 Set in the near-future of 2031, Balenciaga’s new video game titled Afterworld: The Age of Tomorrow allows players to tour Demna Gyasalia’s AW21 collection. Not only does the bespoke video game let players choose avatars and interact with the clothes but with “the projected future in which it is intended to be worn”, things like drones flying through the sky, ads everywhere, and an optimistic focus on sustainability, says Thom Waite — from Dazed Digital. He adds that the future is one in which garments are meant to be worn and transformed over the years, very much of what the AW21 collection proposes itself to be.

Balenciaga explains that “the narrative of afterworld is anchored to mythological pasts and projected futures with timeless archetypes and speculative imagery,’ and ‘the world may appear decaying at first, but it is far from a dystopian view, showing instead the slow return to a healthier balance of nature and industry.’

The video game as well as the AW21 collection present Balenciaga’s vision on the near future, where emphasis goes to the repurposing of garments and looks, the idea of wearing something for decades and teasing the aging process of materials. Balenciaga says that there are lots of messages in the game that can be read and interpreted in the way they foresee the future to be. Signals like ‘NASA logos from disparate eras suggest retro astronaut-wear from a time before mass space travel, repurposed into futuristic outerwear’. The gaming champion uniforms, among other logos such as PlayStation 5, recently launched in November 2020, may be seen as examples of lasting products that endured the test of time, or that were at least kept and maintained for that long (up to 2031) ensuring sustainable development and responsible purchasing — that can no longer be forgotten or be taken for granted.

But how does the game work? Juliana Neira, from Designboom guides us on how to play the game. She reports that the player is guided out of a store — where pieces from the collection can be bought — and then on to a busy city street. The path, which has plenty of avatars wearing the collection along the way, will lead the gamer through a forest and then to a mountaintop, where challenges can be completed so as to get the mysterious surprise in the end.

The main response to Balenciaga’s video game, which you can play at https://videogame.balenciaga.com/en/, has been very positive on the dystopian virtual world. However, a good story, few gamers signalised the game’s limitations — not enough challenges. According to Rachel Tasshjian, from GQ Magazine, the most impressive thing about the game is the production value, the brand lookbook that allows gamers to toggle all the outfits around, push them up and down and view them in very much detail. She adds that to be a fashion designer in 2020 was not only to simply make clothes but to be a multimedia platform, create films, make powerful lookbooks, magazines and editorials. We have indeed seen a series of very creative runway seasons this year but the question that appears is: how much of it is still about the clothes? The expert adds that while the answer to this question does not matter for some designers, for Balenciaga’s creative director Demna Gvasalia, clothing will always be the message. And while fashion experiments with AR and VR, a video game is just as immersive a way to bring buyers into a brand’s world.

For what is worth, Gvasalia’s message feels ultimately optimistic, and for sure gives us some food for thought.