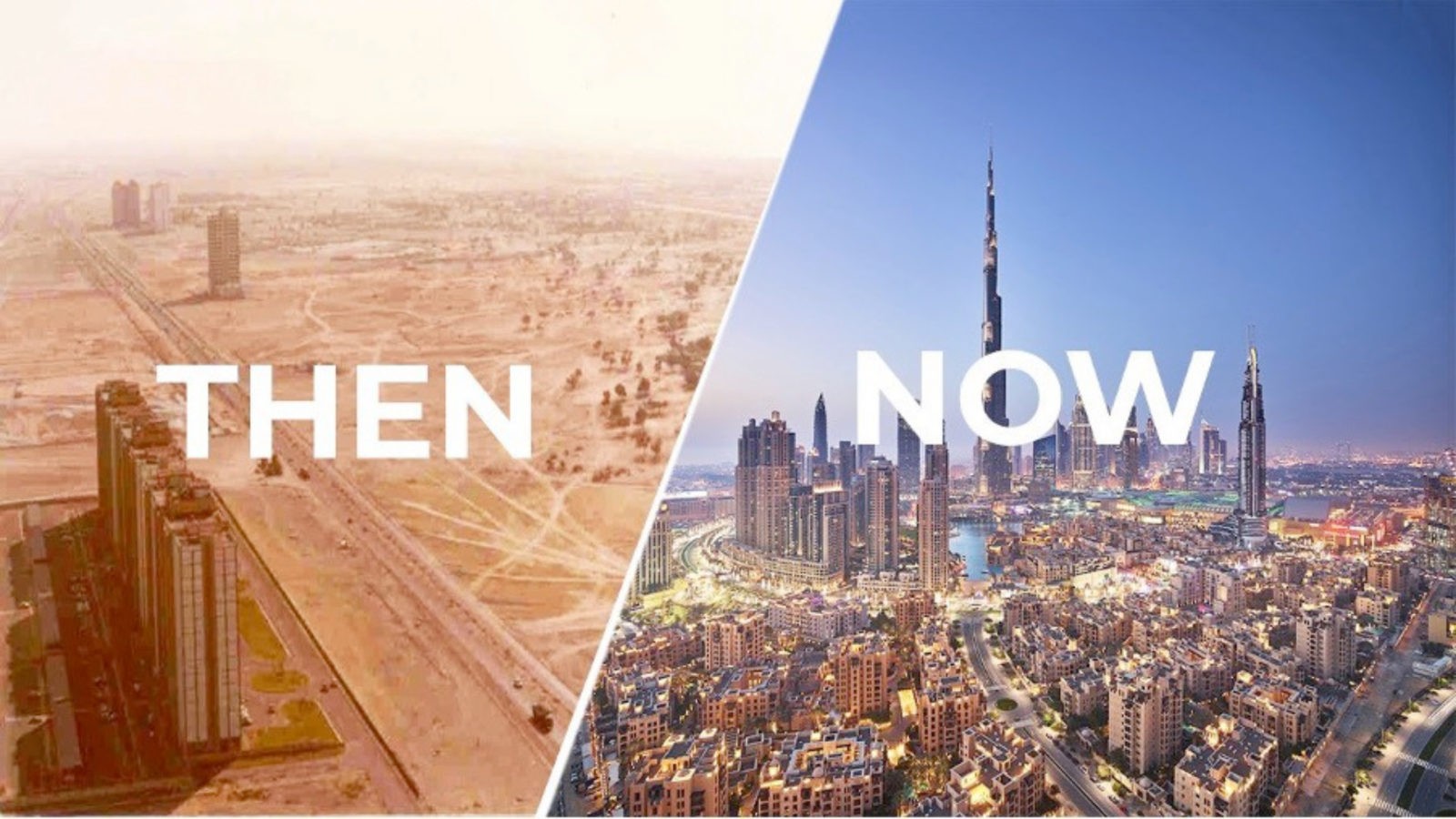 Coming from an Arab country, Lebanon, and moving to Dubai for a few years was a fascinating experience for me. The feeling was completely normal among many expats to experience the new Arabic culture that’s so different from back home. But for me personally, while I didn’t feel like I was moving to a foreign place, since it was another Arabic city and I speak the language, I still experienced that ‘cultural shock’. I found myself going from a place where electricity is so scarce to somewhere that’s considered one of the most developed nations in the world.

A few decades ago, if you asked people where Dubai was, they’d very much give you an answer they give me now for my own country: “Lebanon? Emirates? Where is that?”
Now, you ask anybody they say ‘I’d love to visit Dubai!’

For centuries, Dubai was a small fishing village and trading port. Then oil was discovered, transforming it into a city that has the tallest building in the world, the best 7-star hotel in the world and the largest mall in the world — notice how it’s the ‘tallest’, ‘best’ and ‘largest’. The ruler of Dubai himself, His Highness Sheikh Mohammad bin Rashid Al Maktoum, writes in his own book, My Vision: Challenges in the Race for Excellence, about his aspiration for Dubai: to be the first, the best, the smartest, the fastest — to win the race against its global competitors, not just for its own sake but for the whole Arab world.

From just a desert to one of the most modern cities in the world, Dubai experienced booming years in the 2000s. The city exploded with construction. From malls, museums, theme parks, palm-shaped man-made islands, airports, highways and a dense forest of skyscrapers. They even built an indoor ski resort, inside a mall, in the desert, where it’s -2°C, while it’s a scorching +42°C just outside. The air-conditioning and cooling systems used are unbelievable. With its 12-lane highways, the city is historically known to be a carbon-heavy city. Excess energy is used with utter environmental indifference.

When you think of Dubai, you’d never think of the word ‘sustainability’. And yet, the government has created a Sustainable City.

It’s about time for Dubai to start its journey towards change. It aims to be the most sustainable city in the world by 2050. Driverless metro trains started operating, electric cars started being trendy; you can even call an Uber and choose a Tesla car for your ride. New property development projects started to pave the way to focus on sustainability. The UAE worked towards a project launched in the capital of the country, Abu Dhabi, in 2006, called Masdar City. The project was aimed to be the world’s first zero-carbon city and intended to be car-free and to produce all its electricity using solar power. Only around 300 people live there, though it was planned for 40,000 residents. At the time, people didn’t really accept the idea since it was much more expensive to live there, so they didn’t see the need to buy or rent a property from there.

But years later, sustainability became a buzzword and people became more aware of the concept and its importance for the future. And so, located on the outskirts of Dubai, Sustainable City gained more interest from the UAE residents. It’s an eco-first community with over 2,700 residents already living there. It recycles 100% of the water and waste and produces more energy than it consumes. It’s a car-free neighborhood. Residents can use electric vehicles or ride the city’s electric buses for free, or they can take a horse-drawn buggy. Homeowners get a free electric golf cart or a $10,000 subsidy toward buying an electric vehicle of their choice.

To fight the heat, the villas are designed in an L-shaped way, to shade each other. This simple design choice allows the air-conditioning units to be 40% smaller. Extra insulation, reflective windows and paint and LED lights further cut the energy consumption to around half of what would be expected from such a villa in Dubai. ‘It’s a myth that sustainable has to be more expensive’ says Faris Saeed, the CEO of the company developing the Sustainable City. Moreover, every home’s roof features solar panels.

The community also promotes a healthy lifestyle with cycling tracks, fitness stations both indoor and outdoor, and has a power generating gym; a one-hour workout could generate up to 6,000watts in power. It has wide green spaces, with 2,500 trees lining its perimeter to keep out pollution and noise. As a whole the community consumes less electricity and effectively gets rid of the overbearing heat. Plus, the electricity bills are a whole lot less compared to other areas in Dubai. It’s also on-track to get rid of single-use plastic bags, straws, water bottles and food packaging, by a whopping 90%. Water fountains have been added in the public areas and filtered water is offered rather than bottled water at the cafes and restaurants. Another initiative involves community-produced fabric shopping bags to replace plastic ones.

The residents grow their own organic produce, fresh herbs, small vegetables and dates. This is an important part of the journey to sustainability for Dubai as it imports nearly 80% of its food. They also have a weekly food box program and a weekend outdoor market for surplus produce not used by the community.

The Sustainable City has won multiple international awards and has been voted Dubai’s happiest community. To create an entirely sustainable neighborhood in the desert is no small task. The Sustainable City seems utopian in concept, but it springs from a city where rapid growth and rapid success are indispensable to achieve concrete goals. It’s also super costly — the Sustainable City, once fully completed is expected to cost $354 million. As a whole, the UAE is trying to march towards a more sustainable future. It is a pioneer, an example of possibilities of green living and proof that ecological friendliness doesn’t mean to sacrifice technology. As it continues to make waves, the world watches.