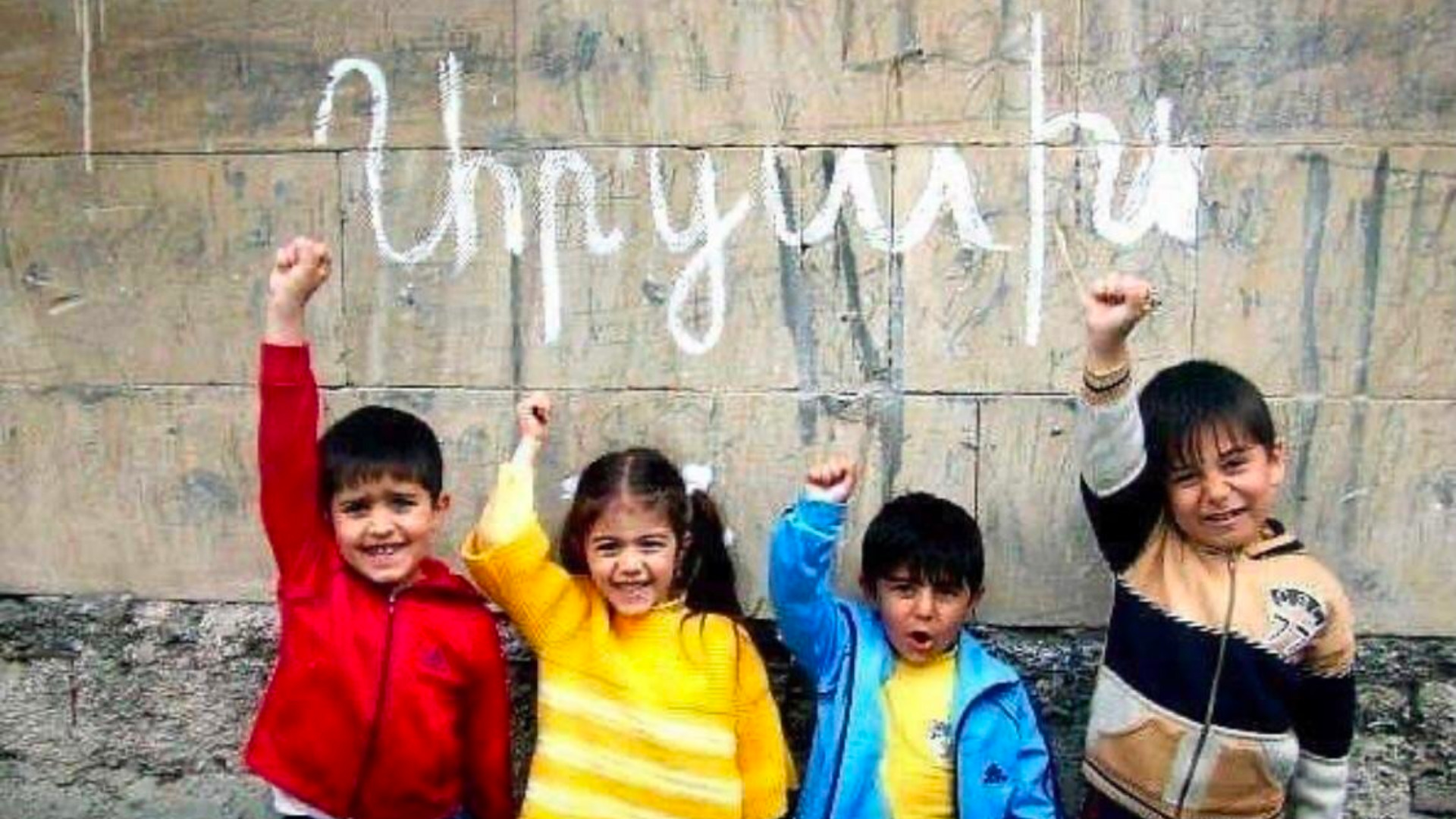 WTF IS HAPPENING IN ARMENIA?

I can’t believe I am writing yet another article about the tragedies happening in my beloved countries. You see, I have two identities, two nationalities, two home countries; I call one Lebanon and the other Armenia.

Writing about the Beirut Explosion was merely a way of putting my feelings on paper. Now, I am writing about my homeland, Armenia, with the aim to spread awareness about the attacks happening in Artsakh that threaten the existence of my people.

You might be wondering what’s going on, you might have seen crowds protesting holding signs and Armenian flags, you might have read the news that Armenians blocked the 101 Freeway in Hollywood. Or maybe you know an Armenian that hasn’t stopped talking about this. But do you understand why? Here’s a brief explanation about what the fuck is going on. Pardon my French.

What is happening exactly?

War. A full-on war is happening in Artsakh, also known as Nagorno-Karabakh. A war during a pandemic. And the world is silent about it.

My motherland is currently under attack by a neighboring country called Azerbaijan. It’s an unprovoked and unexpected attack. The attack is currently in a region called Artsakh, which is an integral part of Armenia. Azeris are not only aiming at military targets, but also civilian targets; they are bombing residential areas, schools, churches, cultural centers.

There are hundreds of casualties. Homes are being destroyed, 90% of women and children have been displaced. People are hiding in bomb shelters.

To give you a little context about the war, the history goes all the way back to the Armenian Genocide committed in 1915 by the Ottoman Empire — now known as modern Turkey. In an attempt to wipe out all Armenians from the face of Earth, approximately 1.5 million Armenians were killed, raped, tortured in the most unimaginable and violent of ways. Many escaped the atrocities and were forced to flee to neighboring countries for survival. Armenians lost their families, their homes, their mountains, their lands. After the genocide ended in 1923, Artsakh was arbitrarily carved out of Armenia by Joseph Stalin and placed under Azerbaijan’s control, but with an autonomous status, as part of the Soviet divide-and-conquer strategy in the Caucasus.

Nagorno-Karabakh has never been a part of an independent Azerbaijani state. In fact, it is historically Armenian and the vast majority of the population has been ethnically Armenian. Since then, Azerbaijan has attacked this region numerous times to gain control and terminate the Armenians who are indigenous to these lands, after subjecting the population to discriminatory policies aimed at its destruction. In 1991, the people of Nagorno-Karabakh declared independence following the collapse of the Soviet Union and became the Nagorno-Karabakh Republic. Ethnic conflicts and the neglect of independence led to the Artsakh Liberation war that lasted from 1991 to 1994. It ended with a ceasefire that has been continuously violated by Azerbaijan.

Fast forward to July 2020, Recep Tayyip Erdoğan, the president of Turkey, has been quoted saying ‘we will finish what our forefathers started’, he publicly threatened to commit a second genocide against Armenians, by supporting Azerbaijan in today’s war. Which brings us to September 27, 2020, when Azerbaijan unexpectedly attacked Artsakh’s both military and civilian targets. They have been violating the international law by using banned arms and other heavy missiles to attack residents.

Soon after the latest attack, the Azerbaijani government has been forcing their men to go fight, and Turkey has been hiring mercenaries from Syria to fight against Armenians.

Azerbaijan has cut off all social media channels from their citizens in order to limit the knowledge about current events. It is denying the entrance of all foreign journalists and is allowing only local and Turkish media to cover the news.

While on the other side, Armenians from all over the world returned to their homeland to defend their country. Brothers, cousins, friends, neighbors, all volunteering to go fight on the frontlines. The country has allowed complete access to all journalists to report the news and has been providing them with medical assistance.

For Armenians, this is not a dispute over territory, this is a fight for survival. We are fighting to defend our very existence and the right to live in our homeland, peacefully. If Azerbaijan stops fighting, there would be no war. If Armenia stops fighting, there would be no Armenia. In short, the grandkids of genocide perpetrators are attacking the grandkids of genocide victims.

If you are lucky enough, you have probably already met an Armenian before. They are the kind of people that treat everyone like they are one big family; they are always prepared to cook food, celebrate and enjoy life, without forgetting to invite the neighbors or even people they haven’t even met before in their house, serving them coffee, khorovats (Armenian barbeque) and even a place to stay. The kindness they share with others is on another level.

They have faced tragedies and terrorizations threatening the extermination of their existence. Their ancestors were oppressed, tortured, raped and killed, forcing them to flee abroad where they established strong communities in the diaspora. And yet they still managed to preserve the rich history, culture, literature, music and language which are centuries old.

As a Lebanese-Armenian living in the diaspora, I have learned about my origins since I was a child. My parents made sure I attend an Armenian school to know about my heritage and to have a sense of belonging to my homeland. My grandparents or great-grandparents are from a place in conquered Armenia that is considered by modern Turkey now, a lost homeland if you will. Our lands and homes were simply taken away. I relate to that place; I don’t even know if I’m allowed to visit it. It’s so strange for others to hear how we have a love so strong for a country we haven’t been born in and we haven’t lived in, yet we know its history, we speak its language and we practice its culture, wherever we are in this world.

Why should I care about this?

The world is indifferent, and the media isn’t covering this properly; using propaganda, threats and intimidation, Azerbaijan-Turkey have employed tactics and have undermined the international community. The United States kept its silence because of Israel’s direct and indirect involvements in the current war. The latter has been providing support in arms supply to Azerbaijan and Turkey. Moreover, anti-terrorist organizations, the United Nations, USA, Russia, France and the rest of the world are quietly watching.

With Covid-19, a crumbling economy and civil unrest, the damage Armenia and its people are facing is absolutely crippling. This Azerbaijan-Turkey aggression towards Armenians is not only a threat to Armenia. It is a threat to world peace.

How can you help?

You can help by learning about the subject and spreading the news to people around you, wherever you are in this world. You can speak up to build awareness. You can reach to Armenians you may know and show your support. You can donate to these organizations, no matter how big or small — your aid will definitely make an impact:

Help Armenians in times of need, before it’s too late. Speak up so our homeland does not fall to terrorism. Help us end this violence so we can keep sharing our Armenian culture and warm hospitality with the world. Is it too much to ask to live in peace in the 21st century? How can the world be so indifferent?

If we don’t raise our voices now, it might be too late, we might not even have an Armenia.