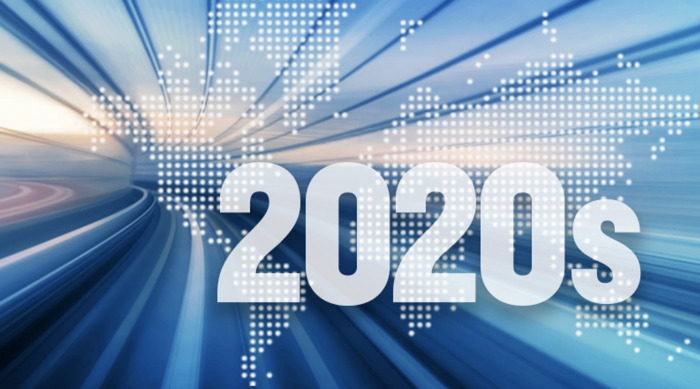 The “Roaring 1920s” might have set a precedent for the “Roaring 2020s” being an equally interesting time. As Mark Twain is famously quoted: “History doesn’t repeat itself, but it often rhymes.” Oh, how true Twain was when you think about the 1920s compared to the current decade.

Historians will recall Germany surrendering on November 11, 1918, effectively ending World War 1. What followed was the Spanish Flu pandemic which infected around 500 million people with almost 50 million dying. Only 1.8 billion people populated the globe back then as compared to around 8 billion today. As of December 4, 2020, COVID19 had infected 65.4 Million people globally and killed 1.5 Million by comparison. Modern medicine and global cooperation over the past century greatly reduced the adversity of today’s pandemic impact. While we still have a way to go, vaccines are starting to be distributed and hopefully the end of lockdowns, disease, and deaths will happen sometime in 2021.

The good news is that the horror resulting from the Spanish Flu was followed by the Roaring Twenties. In Europe the period was sometimes referred to as the “Golden Age Twenties”. French speakers refer to the period as the “Années folles” (“Crazy Years”), emphasizing the era’s social, artistic, and cultural dynamism. It was an exploratory and expansionist time. Will we see a similar trend in the decade ahead? Read on to find out.

In some parts of the world the 1920s also saw the rise of radical politics. Communism spread as a result of the Bolsheviks’ victory in the Russian Civil War. Revolutionaries in China, which faced a devastating famine in the early 20s, argued imperialism was the root cause of the economic exploitation and political domination of their country. Far right movements and fascism emerged in parts of Europe. Radical change and economic disparity historically contribute to social upheaval. Does some of this sound familiar when we think about the politics, governments, and leaders of today? It just might.

While the 2020s started with a pandemic, there is plenty of time left for the prosperous and dynamic change driven 1920s to become a precedent for the current decade. If this is to be the case, the underlying foundation for a coming boom, sea-change, and dynamic era will likely be technology and culturally driven, just as it was during the 1920s. Will it end with a global depression which the 1920s brought about? Hopefully it will not but it certainly could.

Sometimes we can forget and lose perspective about what was happening way back when after the Spanish Flu was extinguished. The history is fascinating and when put in the context of today’s rapid technological and cultural change, the hopeful end of COVID19, and its impact on people’s lives, the comparison helps create a parallel between the post Spanish Flu era and today and what may lie ahead.

Amazingly in 1920 51% of the US population lived in cities, this was up from 23% only 50 years earlier. Urbanization had reached a tipping point and was driven by many innovations. This was seen across the modern cities of the time. Electricity, for example, was provided without emitting smoke through grids and urban water systems supplied clean water, while sewer systems removed waste, this compared to cities in the 19th century like London which had open sewers. The new innovations enabled larger numbers of people to safely live in close proximity. At the same time telephones began to let people converse with friends who were far away.

In 1900, just 8,000 cars were registered in the US, 9 million were on the road by 1920 and 23 million by 1929. Streetcars and subways, which did not exist only 30 years earlier, were in many major cities by 1920. Mobility led to new industries. For example, the first A&W fast-food restaurant opened in 1919. White Castle hamburger opened its doors in 1921, while the Howard Johnson’s restaurant brand emerged in 1925.

As with Amazon today, more frequently anything not available in a local store could be ordered by mail a century ago. The Montgomery Ward catalog was first issued in 1872, with Sears first publishing theirs in 1894. Mail-order business emerged in Europe at the end of the 19th century as well. By 1900, Sears was fulfilling 100,000 orders a day, and its catalog featured coats, furnaces, furniture, shoes, and even homes. Sears sold over 70,000 mail-order homes between 1908 and 1940. The expansion of mail order was largely enabled by the Parcel Post, which came to be in the US in 1913; Fed-Ex anyone?

Medicine became even more relevant in the Roaring 20s particularly with the advent of Penicillin which saved the lives of millions of people. Similarly, this past decade has seen genetics lead to the invention of mRNA vaccines to defeat COVID19 in record time. As with Netflix and Google today, entertainment was evolving exponentially. Radio became a national pastime, and many families gathered to listen to sports, news, and music. The phonograph was invented in 1877 and used widely by the 1920s.

Novelist, F. Scott Fitzgerald wrote “Great Gatsby” and coined the phrase, “The Jazz Age” for the 1920s. In the United States the 19th amendment was passed in August of 1920 and prohibited discrimination in voting on the basis of sex. Women had played an important role in factories during World War 1 manufacturing supplies for the war effort. With the end of the war women began celebrating a new lifestyle. A liberated woman, the “flapper”, came into style. Flappers danced to jazz, smoked in public, wore make-up, short skirts, and were sexually liberated flaunting acceptable behaviour of the times. Recall that in the 1920s slavery in the US had only been abolished some fifty years prior and the U.S. experienced prohibition for most of the decade.

I could go on and on about the convergence of technologies and the emergence of trends making significant contributions to an explosive and progressive era of massive global change in the 1920s. How might this compare to the 2020s?

What To Expect In The Decade Of The 2020s

Technology will continue its trek during the decade to come as it did a century ago. As with the advent of expanded telephone use 100 years ago, 5G speeds around the world will enable more seamless voice and video communication wherever and whenever people choose it. Communications via devices will allow more of the workforce to be remote and the need for large office spaces will diminish.

Cloud platforms allowing for online access to data and software will further change the role of employees with a surge in freelancing and new independent business development. Access to the Internet will be seen as a basic human right and the manner in which people work and live their lives will start to shift.

Education will be disrupted as the idea of institutions relying on classes and dynamics created for an industrial era will be destroyed and replaced with new and more effective learning platforms. The attendance at schools with classic methods of teaching will be supplanted with new combinations of in person and digital experiences.

A social revolution will continue across the globe as the rights of all people regardless of their sexual orientation, race, creed, or beliefs will be increasingly recognized. The abuses of humans, animals, and the planet will be increasingly looked down upon with greater transparency being demanded by customers and investors.

The privatization of space exploration will lead to regular wealthy citizens to travel into earth orbit and a surge in space-based business will begin to emerge in the 2020s. The first true AI will emerge by the end of the 2020s, with many experts predicting the first forms of general AI will be in existence by 2030. The deployment of AI’s will create anxiety as it pertains to warfare, financial markets, and other aspects of the globe.

The need for cooperation among nations to combat global warming, rising sea levels, the extinction of species and other great challenges like AI’s will become more evident. As with the 1920s different countries and people will struggle balancing global welfare as opposed to their own self interests. Certain nation states and dictators will face their demise as the control of information and the creation of deep fakes will bring into question the reliability of facts as opposed to fiction.

Digital currencies will become more widely adopted and new genetic research will discover cures for several major illnesses like cancers among others. Machines will become smarter, automating many tasks more efficiently as IOT and other trends allow machine networking.

As with the 1920s the 2020s will be a time of great change that will result in enormous promise and terrifying risks.