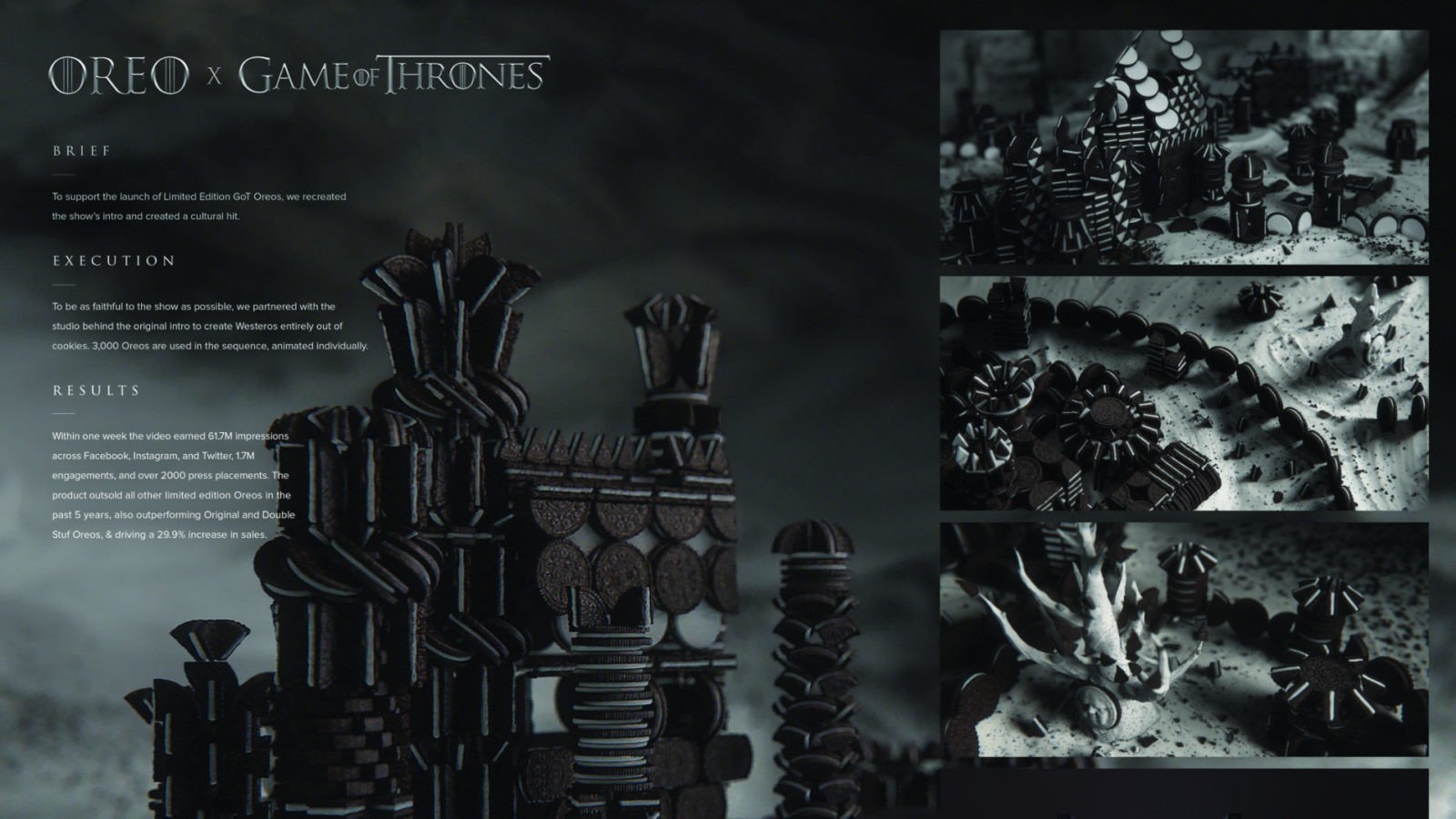 Whenever a popular event occurs, Oreo is quick to catch on and incorporate it into their marketing.

One of their most famous campaigns that launched their newsjacking strategy was the Dunk in the Dark campaign from the 2013 Super Bowl blackout. When the brand realized that the one campaign could earn them almost as many retweets (nearly 16,000) as Beyonce’s halftime show, they became the masters of newsjacking tweets.

To successfully newsjack a story or event that’s in the news, your timing is crucial if you want to see good engagement. It should be after the news has broken but before journalists start looking for more information.

In a more recent campaign from 2019, Oreo took advantage of the Game of Thrones finale. As one of the most booming events of the time, Oreo named their campaign #GameofCookies which later became wildly popular on social media and received a lot of attention for its impressive animation. The company remade the Game of Thrones opening credits with the same music, only the animations were made entirely of cookies (about 3,000!) which you can watch below.

When creating a social media campaign, how can you relate it with popular events that are already happening in your target market’s world? Be sure to jump on the bandwagon at the beginning of the story as it will otherwise be old news. As time goes by, the form of media and social network are always improving and changing therefore the idea of newsjacking can be more successful and effective to attract more customer into the product.